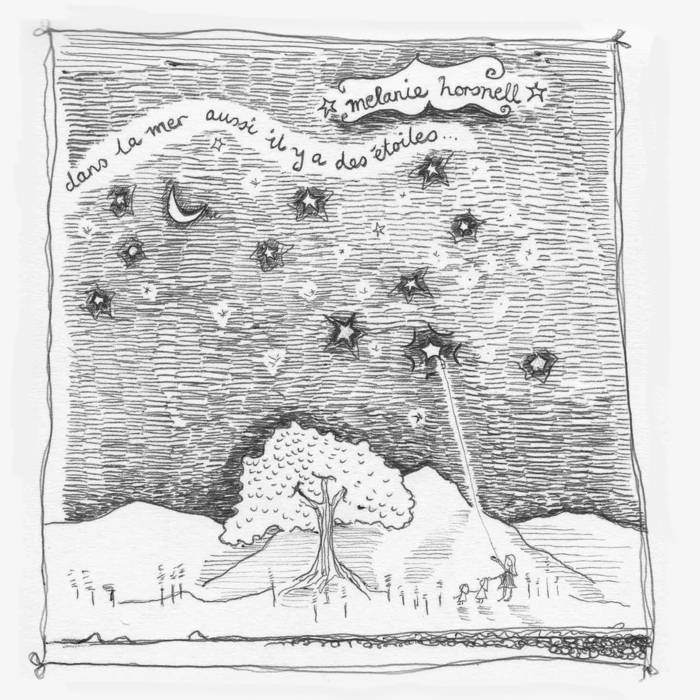 Written on my tour in France in 2013, I met up with Poet Alain Rivet, and Chanteuse Helena Noguerra, and stayed in the tiny towns of Salmaise and Flavigny, inspired by the amazing people I met on the journey. I toured with my two girls, Gypsy and Harmony, and their spirit is part of its creation. I recorded some demo's in Flavigny before I left and then back in Sydney met up with Brian Campeau and we went from making an EP to an album, including some songs I wrote in english written while travelling as well as the french ones (including a special one sent to me by Marc Sapolin about Bourgogne), and some of my favourite classics that I loved performing at concerts on the tour. I loved making this record, a whole adventure from beginning till end. Thanks a million to all the Pozible supporters who got me on the road in the first place.

Recorded in Sydney at Plex Studios.
Produced by Brian Campeau

“A promise of a softly lit afternoon in the company of Melanie Horsnell… with a voice of the utmost delicateness… ”
— Bernard Zuel, The Sydney Morning Herald & The Age

Bandcamp Daily  your guide to the world of Bandcamp

Cannibal Corpse's George "Corpsegrinder" Fisher stops by for an interview